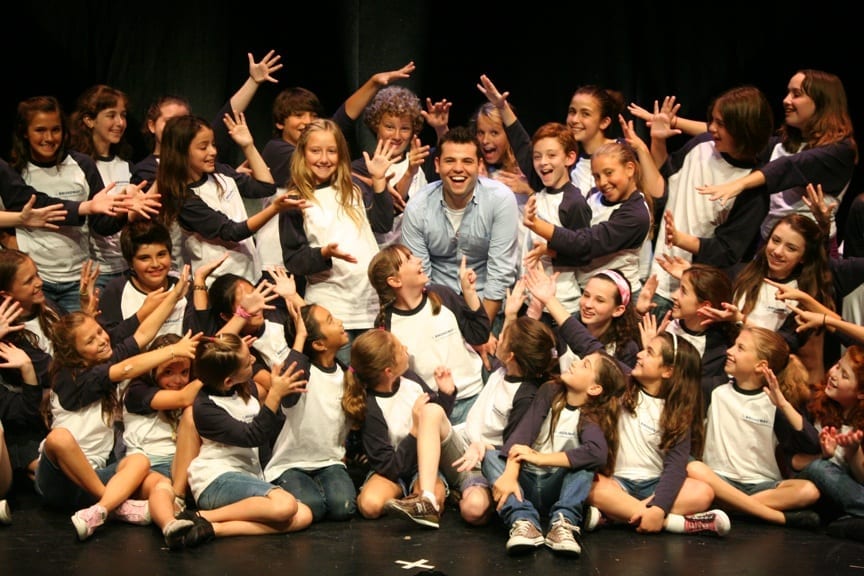 BROADWAY WORKSHOP has spent over a decade inspiring and educating young artists through original, theatrical programming. In all that we do, we value professionalism, creativity, self-expression, inspired learning, transformation and fun.

We develop and produce educational workshops, summer theater camps, private and small group trainings and full-scale productions in New York City and across the country. All of these programs are designed to offer theater-loving kids a challenging yet supportive environment to explore their creativity and perfect their craft in acting, singing and dance.

Our programs are taught by working professionals, from Broadway stars to casting directors to seasoned Film & TV actors who share their knowledge, enthusiasm and joy with students of all ages and skill levels. We also partner with top entertainment organizations to develop unique arts-themed events and industry showcases that inspire participants to gain experience in all areas of the theater, while learning necessary career skills in an engaging, imaginative and positive environment!

Our students have appeared in many TV and Film projects as well as the Broadway productions of; Dear Evan Hansen, The Cher Show, Harry Potter and the Cursed Child, Matilda, Fun Home, Kinky Boots, School of Rock, Anastasia, Miss Saigon, The King and I, Fish in the Dark, Mary Poppins, A Christmas Story, How The Grinch Stole Christmas, Sunday in the Park with George, Les Miserables, Annie, West Side Story, Kinky Boots, The Addams Family, Billy Elliot, The Color Purple, Elf, Newsies, War Horse, Shrek, Gypsy, Evita, Bye Bye  Birdie, The Mystery of Edwin Drood, Act One, Big Fish, Bullets Over Broadway, Waiting for Godot, People in the Picture, Chaplin, Ragtime, The Lion King, and Once

In 2011, we launched The Children’s Musical Theater Festival (CMFT) to provide up-and-coming theater writers with the opportunity, space and resources to develop and showcase new family-friendly musicals. In addition, the Festival nurtures and educates aspiring young actors who are selected to participate in CMTF’s weeklong educational program, culminating in a performance of these original works.

Broadway Workshop has been part of the development process and presented of the pilot productions of the student versions of The Addams Family, We Will Rock You, Wind in the Willows, All Shook Up, Spamalot, Curtains, Flight of the Lawnchair Man for Theatrical Rights Worldwide, Zombie Prom for Samuel French, Inc., Emma and Beat Bugs for Broadway Licensing/Playscripts Inc. and The Little Mermaid Jr for Disney Theatrical.

Broadway Workshop has been featured on NBC’s THE TODAY SHOW, CBS THIS MORNING, NY1: ON STAGE, and in THE NEW YORK TIMES, THE WALL STREET JOURNAL, TIME OUT NY and named one of the top acting studios for young performers by BACKSTAGE MAGAZINE.

Broadway Workshop is committed to using theater to transform lives beyond a performance on the stage. We invite all people and organizations to come together in celebration of live, theatrical performance, developing the next generation of artists, teachers and theater lovers, and championing education and the arts in all areas of our lives.

Broadway Workshop was established in 2007 by Marc Tumminelli.