After her 10AM class sold out in record time we are adding a 2PM afternoon Session of this amazing Vocal Master Class!

Rachael is back after her multiple sold out workshops with us. Students will work individually with major LA Vocal Coach RACHAEL LAWRENCE in this one day master class.

Rachael’s vocal coaching credits include working on FOX’s hit TV show GLEE, ABC’s Grey’s Anatomy and the hit films Pitch Perfect & the upcoming Pitch Perfect 2. Rachael is considered one of the top vocal coaches in the industry, her clients include; Rebel Wilson, Sara Ramirez, the Broadway stars of Jersey Boys and Motown and cast members of the upcoming Nickelodeon show – School of Rock.

Rachael will help students bring their performance and musicianship skills to the next level, working on vocal technique and interpretation. STUDENTS SHOULD PREPARE 2 SONGS FOR THIS CLASS (and bring sheet music in the correct key).

The response to Rachael’s past workshops has been enormous and we are thrilled to bring her back! Students will discover a better approach to their songs and find new ways to use their voice to bring more excitement to their audition pieces! Rachael is only in New York a few times a year, so don’t miss the amazing opportunit 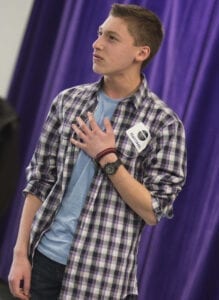 y to work with her.