Broadway Workshop is thrilled to bring back Broadway superstar and Tony Nominee, TAYLOR LOUDERMAN for a one day musical theater workshop!

Students will begin this workshop by having a group warm up,  then students will have the opportunity to sing a song of their choice for the Broadway star of Mean Girls, Bring it On and Kinky Boots, Tony Award Nominee, TAYLOR LOUDERMAN. Taylor will lead students in exercises to help bring their song material and audition/performance skills to the next level. In the final part of this workshop, students will be part of a Q&A where they will learn more about the process of working on Broadway and beyond.

Students will need sheet music for 1 musical theater or pop/rock song in the correct key for this workshop. We will only be focusing on ONE 16/32 bar musical cut in this class. If possible please have a second song to be used as back up. Songs should be 3- hole punched and in a binder. Accompanist/Musical Director will be provided. Students can not sing a-capella and use recorded tracks for this class. Students can sing anything that brings them joy and that they feel comfortable singing! Students will not need a photo/resume for this class.

Class is limited to 15 students.

More info on the teachers leading this workshop:

Taylor Louderman – is currently starring as Regina George in the Broadway production of MEAN GIRLS, a role that earned Taylor a 2018 TONY nomination! Born in Madison, Wisconsin, Taylor lived in the Chicago and Decatur, Illinois, areas before her family moved to Bourbon, Missouri, a small town 60 miles southwest of St. Louis. At the age of 10 when she was cast in the title role of “Annie” at Ozark Actors Theatre, Rolla, Missouri. She grew up performing in the Muny and with Team Stages in St. Louis. During her sophomore year at University of Michigan, she was cast as Campbell Davis in the tour of “Bring It On: The Musical” and went on to perform the lead role on Broadway in 2012. Taylor returned to Broadway in Kinky Boots and played “Wendy” in the NBC live version of Peter Pan! 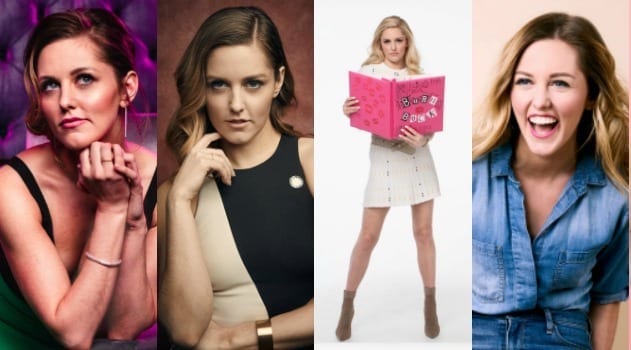