We are so thrilled to bring back our very special VOICE OVER WORKSHOP with voice over teacher and Casting Director ANDY ROTH. 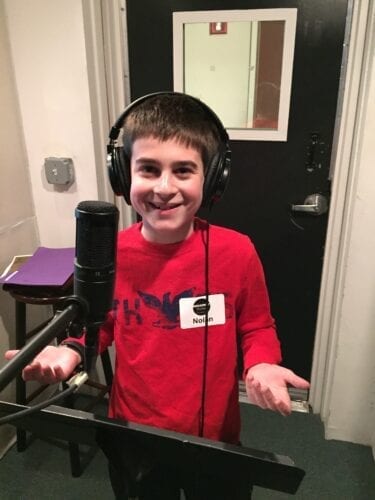 Mr. Roth has worked as a voice over agent as well as producing voice over sessions for major casting directors and commercial talent agencies.

Each student will have the opportunity to work on basic voice over commercial technique and various approaches to reading commercial voice over copy. Mr. Roth will focus on how to best approach voice acting auditions and the techniques that will help young actors stand out from the crowd. Finally each student will have one on one time recording a 1-track voice over demo in the recording studio. WE WILL SEND YOU (VIA E-MAIL) AN MP3 OF YOUR BEST TAKE FOLLOWING THE CLASS!

All students will be part of the class and instruction section of workshop (10 – 11:45 a.m.) and will be scheduled for a private individual voice over recording session (11:45 a.m. – 1 p.m.). Students will be released according to their recording slot.

Andy Roth has called in numerous students from our Voice Over Workshops for his projects since working with us. Don’t miss this amazing opportunity to work with Andy and get practical advice for the world of Voice Over.

ANDY ROTH After many years as the in-house casting director for Cunningham Escott Sleven and Doherty (CESD), one of the country’s top commercial talent agencies, Andy struck out on his own. Since then he has been working for many of the biggest advertising agencies, casting houses and production companies in the world.Specializing in voice over, Andy Roth is a casting director with almost two decades in the entertainment business. In his casting career, he has served as casting director on thousands of projects ranging from commercials, animated films and television series, to documentaries and video games. As a teacher, his resume boasts some of the biggest acting schools in the country including NYU and Rutgers and Syracuse University. His roster of students includes many celebrities, and some of the most successful voices working today.